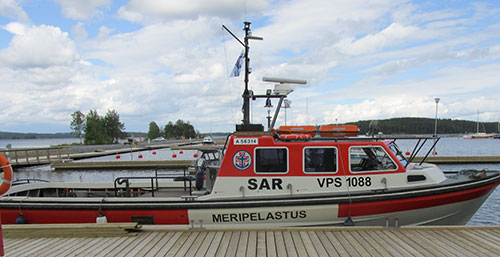 Sea rescue operations are an excellent example of valuable collaboration between private and public sectors. This important work is widely supported by many foundations and businesses. International operations are recognised by the acronym SAR (Search and Rescue), which is displayed on rescue vessels around the world.

Kuopio Lifeboat Association carries out sea rescue work on Finland’s inland waterways and has been one of Saastamoinen Foundation’s partners for decades. The Foundation contributes financially to the Association’s operations each year. The Foundation’s support enables the association to acquire new gear and equipment as well as to organize training for the volunteers. for example. 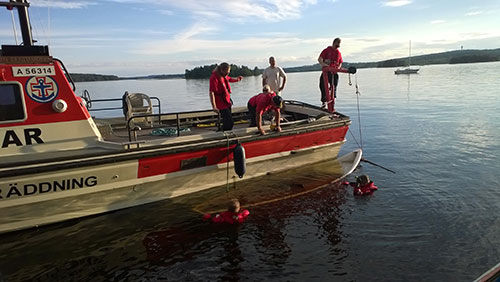 Collaboration between the Foundation and the Association reflects the activities of Herman Saastamoinen, the founder of the Saastamoinen family, who was a ship-owner in Kuopio in the late 1800s. The completion of the Saimaa Canal made Kuopio’s harbor a home for many shipyards that delivered cargo around the world. Herman Saastamoinen’s merchant fleet included more than five steamships, which allowed an effective distribution network and imports for the wholesale business