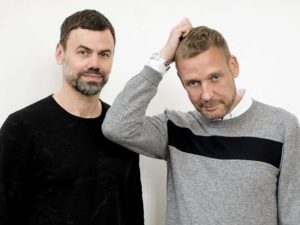 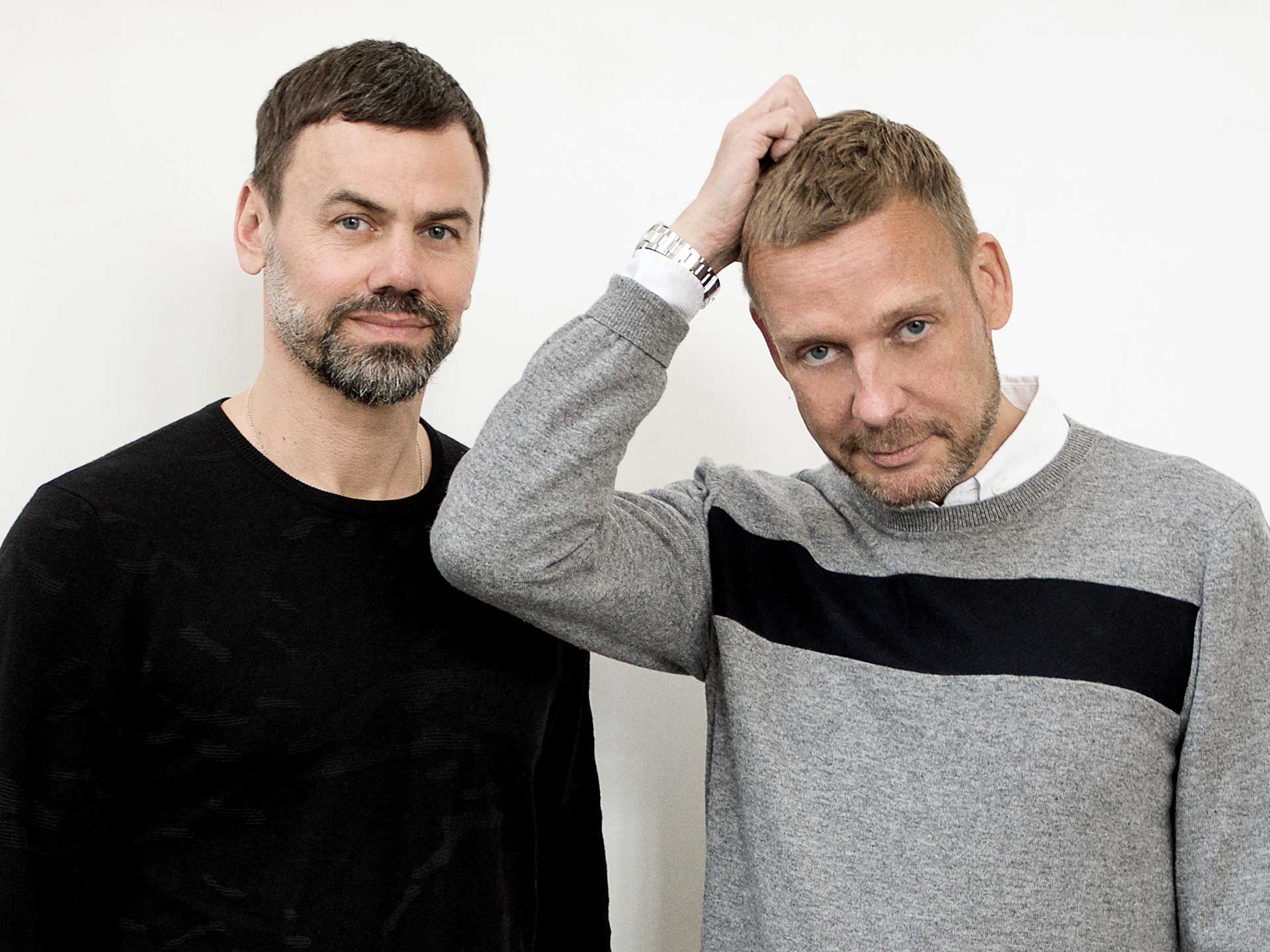 Elmgreen & Dragset (Michael Elmgreen and Ingmar Dragset) is an artist duo that represents a new conception of the roles of the artist: in addition to collaborating the two men also work as curators. Often situated in public or semi-public venues, their works explore the public space, identity, power and geopolitics, often in a style that is at once both tragic and humorous. One of their most recent public artworks is a large sculpture, Van Gogh’s Ear, in front of the Rockefeller Center in New York. Elmgreen & Dragset were highly topical in 2017 as they had been chosen to curate that year’s Istanbul Biennial.

The duo gave a lecture at the Exhibition Laboratory of the Finnish Academy of Fine Arts in Helsinki on 11 January 2017. During their visit they also met the Academy’s students as well as alumni.

Click here to read an interview with Elmgreen & Dragset