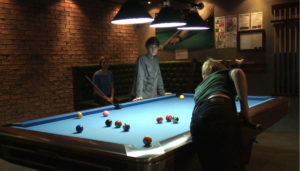 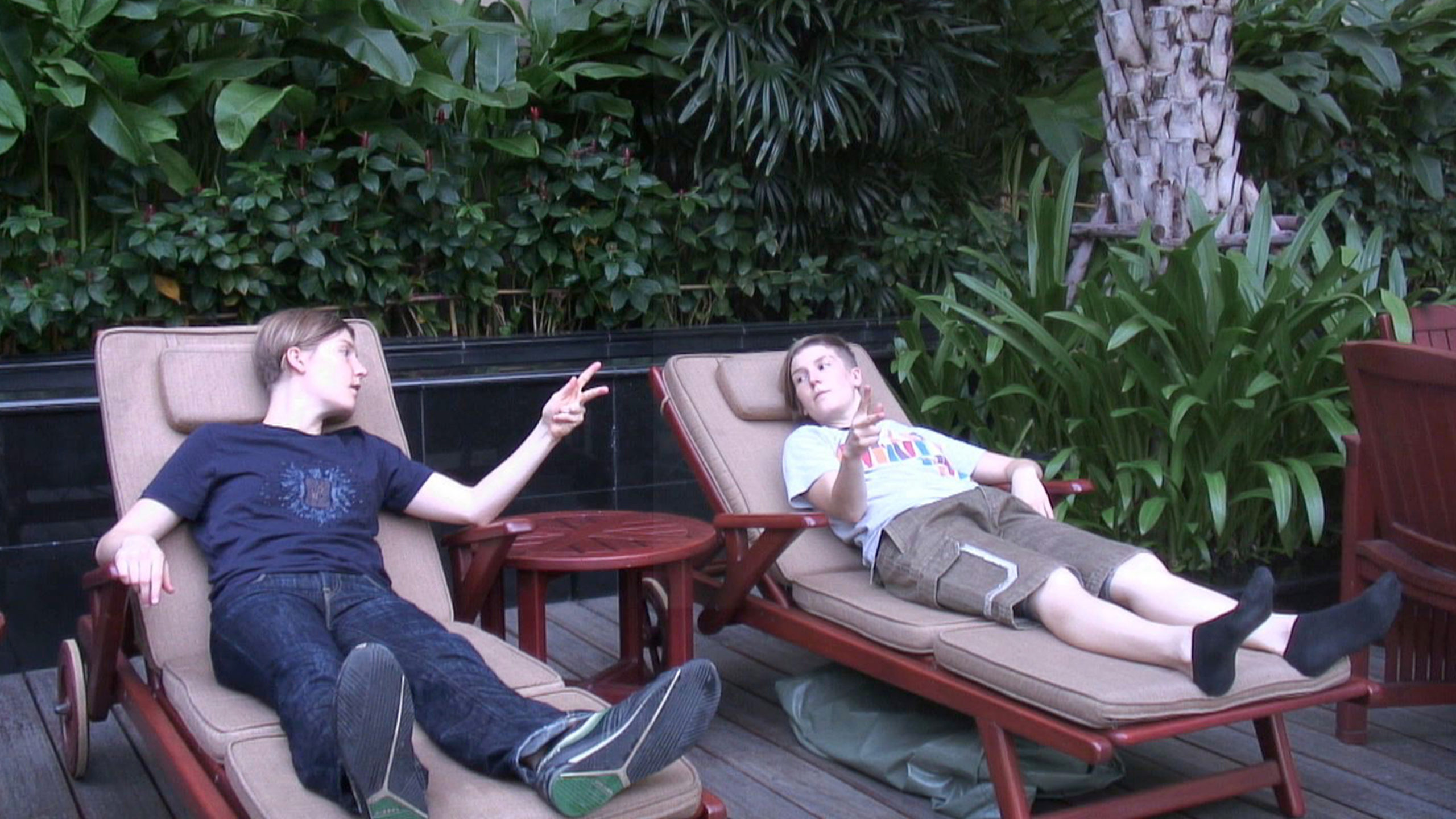 Pilvi Takala’s film Players (2010) depicts a group of friends who play online poker professionally. The rules that govern the everyday life in their community follow the logic of the game. All the six characters are portrayed by Takala.

Players is a film about a group of friends who are all part of a community of professional Western online poker players in Bangkok. The film follows their daily life of gambling, extravagance, and inventive free-time activities where money has lost all regular meaning.

The narrator of the video is Jasu, one of the poker players, who explains the inner workings of the group and the life of bets and challenges that envelope the daily life of his friends both in and outside of poker. Takala portrays all six members of the group in their daily lives.

In her works, Pilvi Takala often deals with topics of work, leisure time and community norms by infiltrating in the portrayed communities. Takala’s (b. 1981) works have been showcased in many international exhibitions and she will represent Finland in the Alvar Aalto pavilion in the 2021 biennale in Venice.