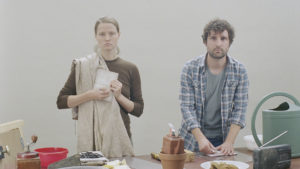 Jonna Kina: Arr. for a Scene 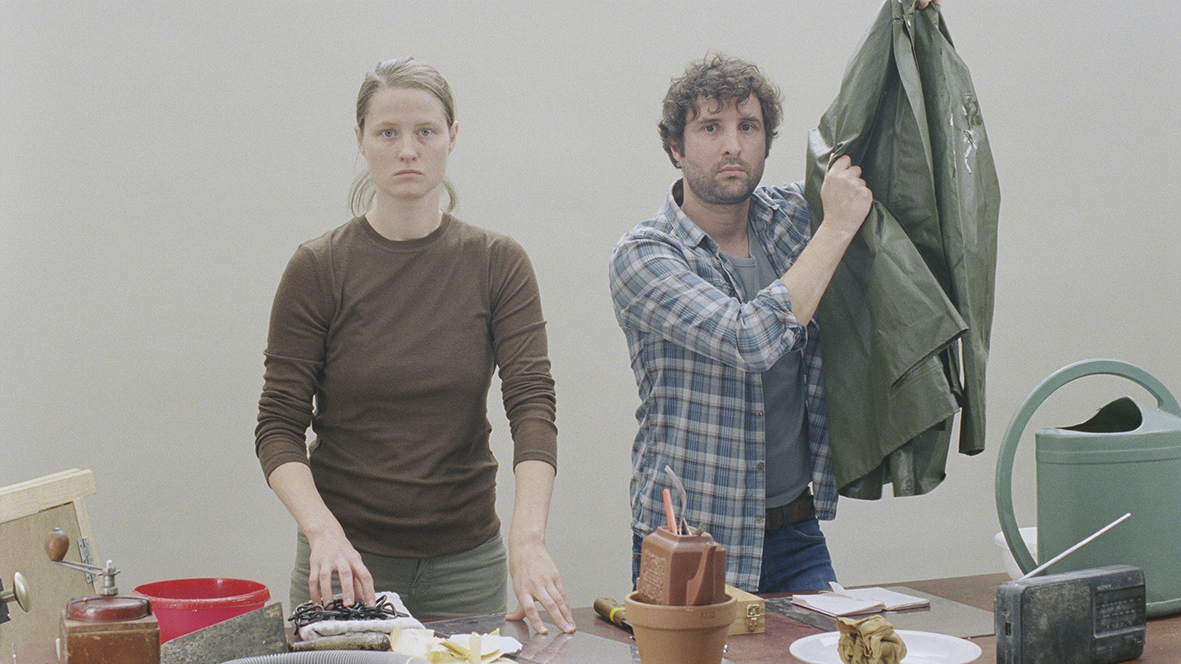 Shot on 35 mm film, Jonna Kina's five-minute work Arr. for a Scene (2017) is a documentary portrait of two Foley artists recreating sound effects for the famous shower scene in Hitchcock’s Psycho (1960). The work investigates how sounds are produced for cinematic purposes and what happens when the conventions of film are deconstructed.

Arr. for a scene turns the cinematic situation upside down, using one of the most famous scenes in movie history as its vehicle. Instead of a tense murder scene, however, the viewer is presented with Foley artists Élodie Fiat and Gilles Marsalet at work recreating the sound effects. Using everyday objects such as a raincoat or watering can, they imitate the sounds of footsteps, a running shower and a door closing while looking straight into the camera. The inversion brings the viewer directly into the scene.

Arr. for a Scene was awarded the “Best Nordic Short Film” award at the Nordisk Panorama festival in Malmö, Sweden, in 2017.

Jonna Kina (b. 1984) is a multimedia artist whose principal media are photography, video, sound and text. She has studied in Helsinki, New York and Jerusalem, and she was selected for the ISCP residency in New York for spring 2019.