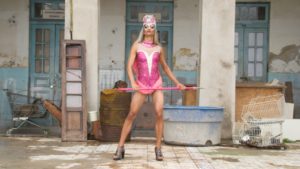 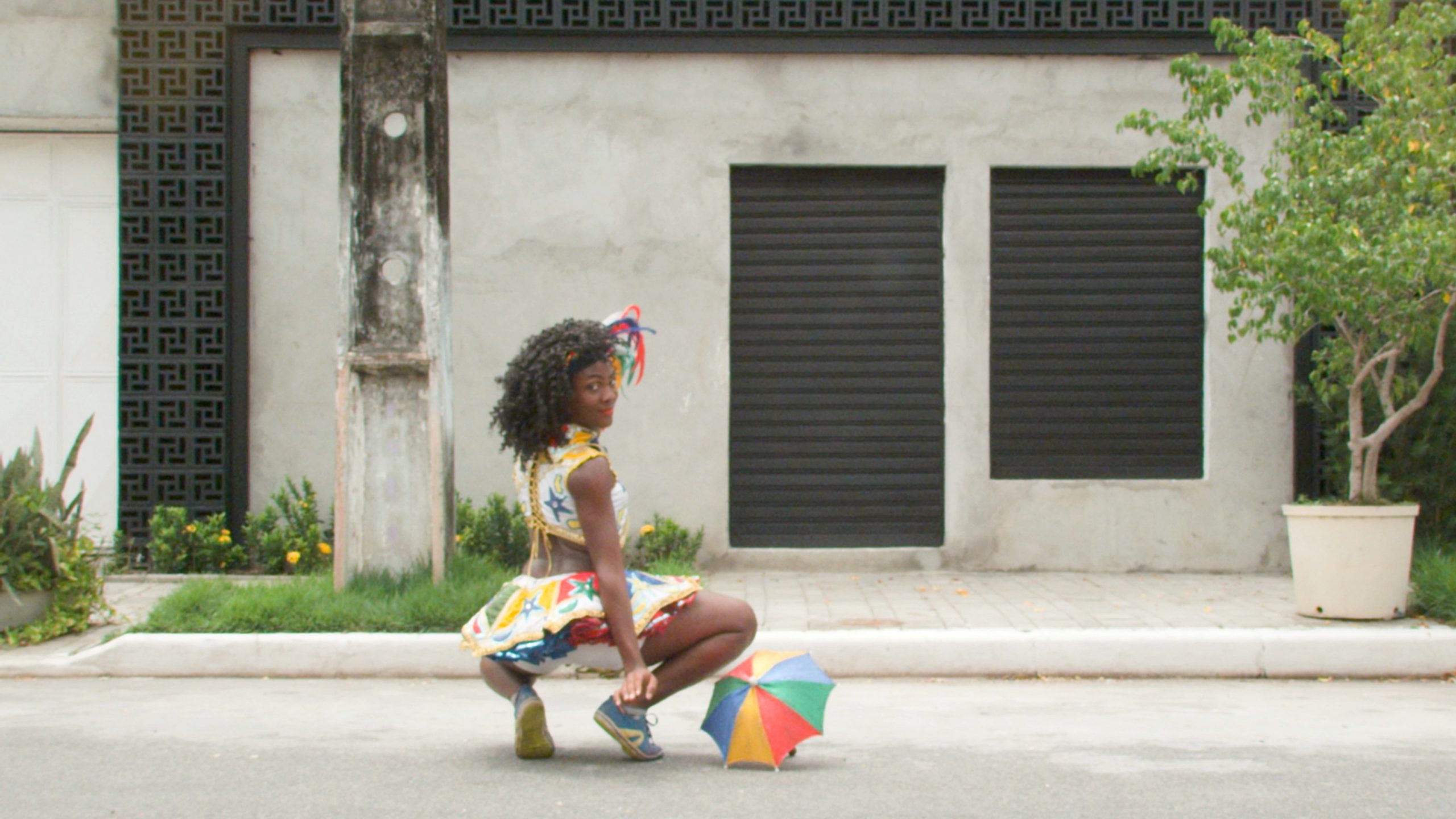 The piece Faz que vai (Set to go) (2015) by Bárbara Wagner and Benjamin de Burca is a four-part video essay, where different dancers interpret the Brazilian frevo dance. Frevo is a dance and music style connected with the Brazilian Carnival. Its roots lie in march music, and the dance’s movements originate in capoeira, a martial art created by slaves transported from Africa to Brazil. Frevo, which was born on the streets of Recife, continues to be a popular traditional Brazilian folklore. 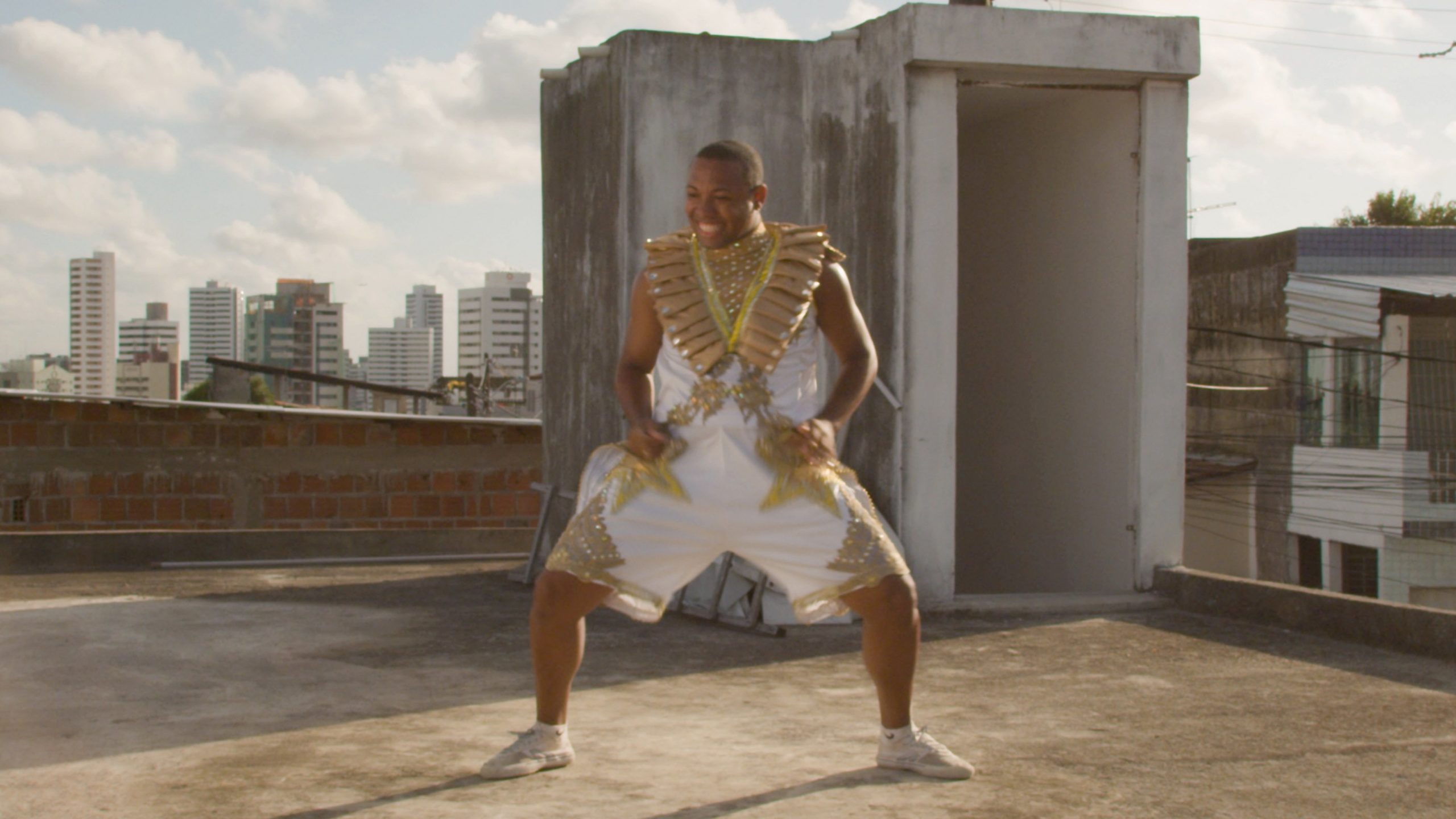 Faz que vai is a frevo step that imitates the movement of staggering. The video piece includes four performances where the identity of the dancers gains a crucial role. The piece questions frevo-related conceptions regarding the dancer’s gender and social background. The work examines bodies that are marginalised and deviate from the expected, compared to the traditional form of culture.

Bárbara Wagner (1980, Brazil) and Benjamin de Burca (1975, Germany) are interested in the space shared by documentary and art. Their works often address the current culture’s relationship with traditions and cultural preservation, especially in emerging economies and in the postcolonial framework. The artists have worked together since 2011.