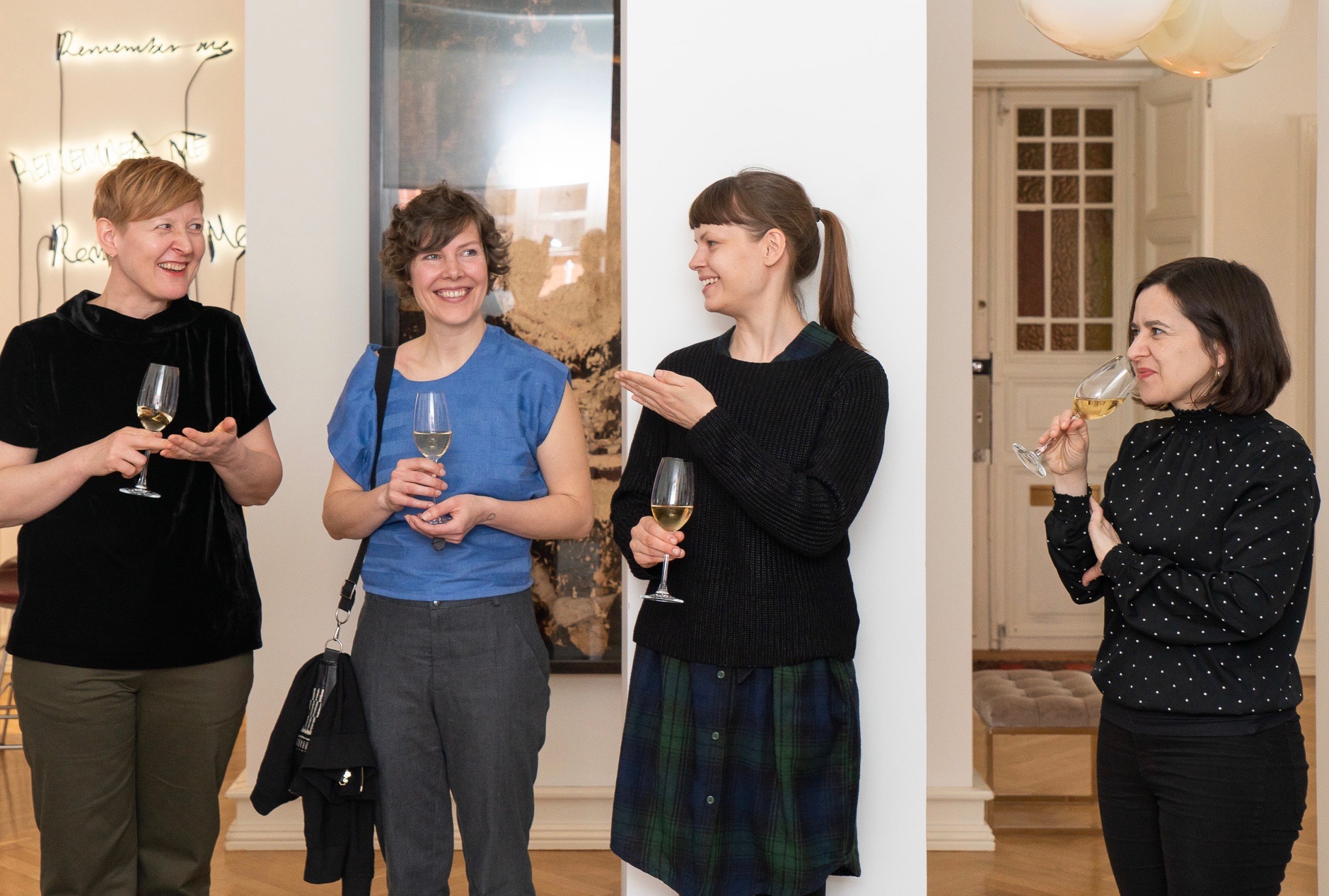 The Academy of Fine Arts of the University of the Arts Helsinki alumni Anna Estarriola, Minna Långström, Niina Tervo and Milja Viita will be taking up prestigious residencies in New York, Maastricht, 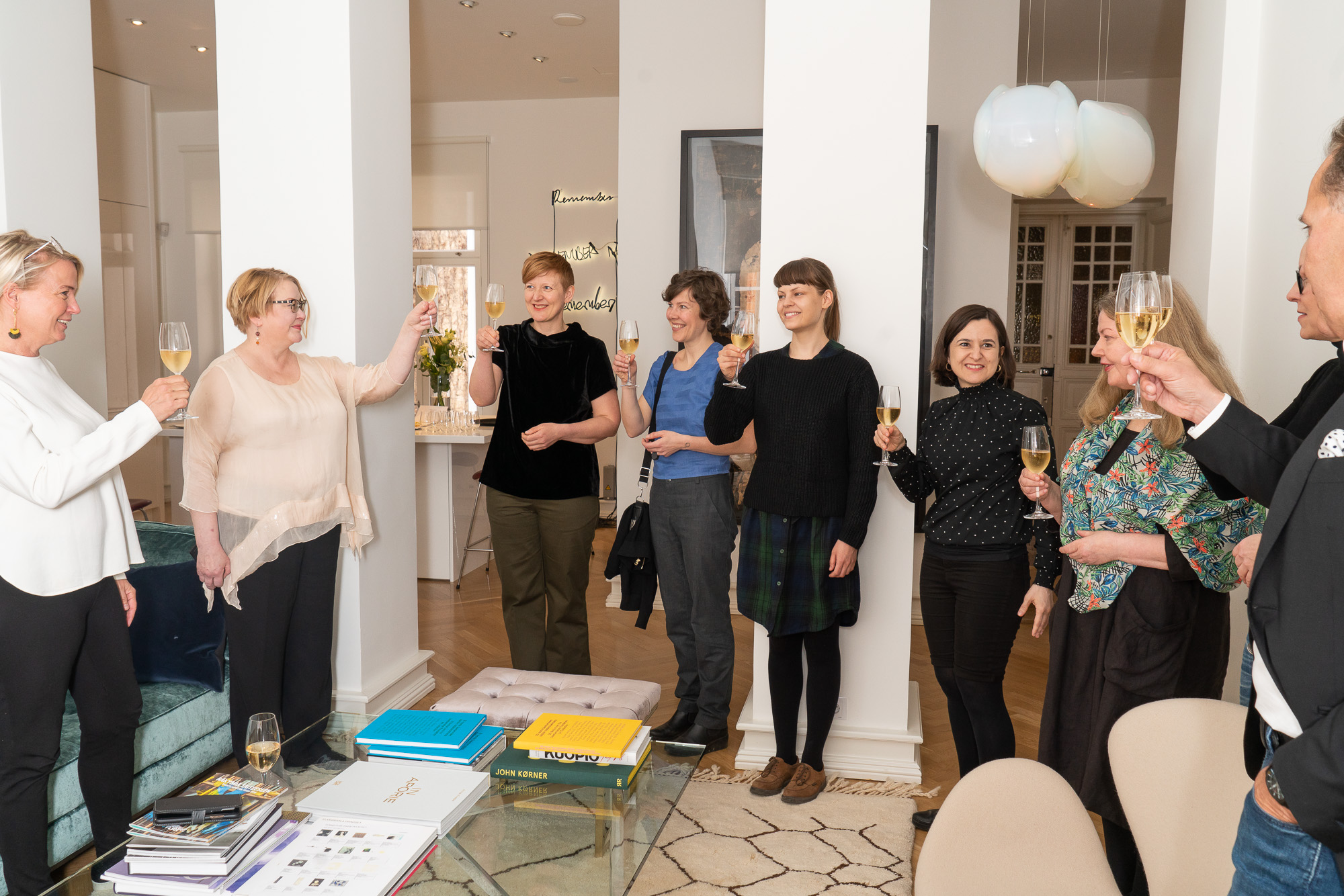 The Academy of Fine Arts of the University of the Arts Helsinki, together with the Saastamoinen Foundation, provides international opportunities for alumni in the form of residency grants, for example. The artists will gain an excellent environment for artistic work during the residency, lasting many months, as well as the chance to have discussions and encounters and to create networks in a new environment. 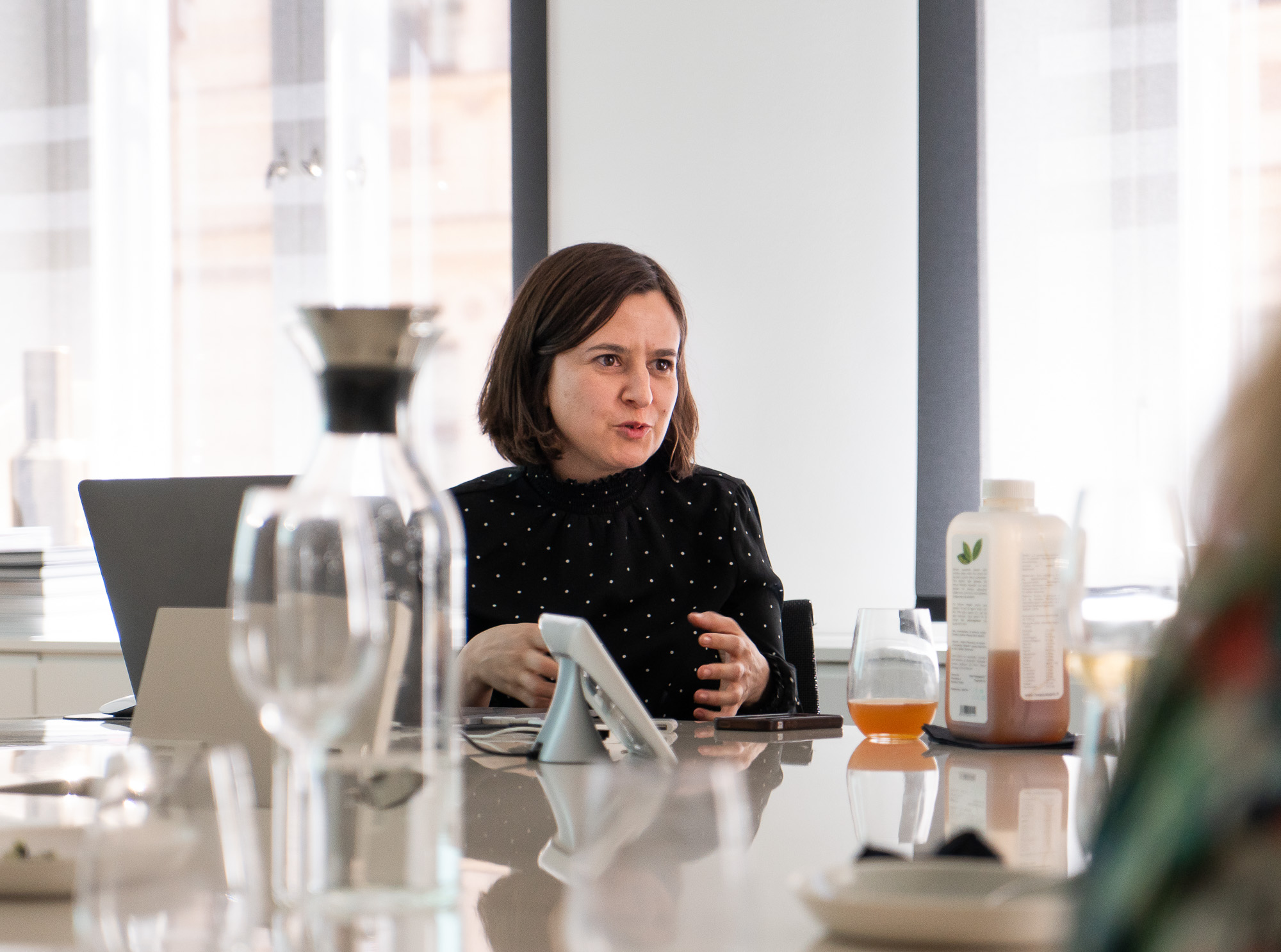 In 2009, Academy of Fine Arts graduate Anna Estarriola has been featured in multiple exhibits in Finland and the Nordic countries. Estarriola will be taking up ISCP’s residency in New York from January to June of 2020.

“I intend to prepare for my exhibits in Finland and Sweden and develop ideas and concepts during my residency. The residency provides an inspiring environment for this work. I like that there are curators and sculptors at the same time in ISCP. I have had residencies before, in the Nordic countries and Spain, among others, and they have always been useful for my work. I am excited to get the chance to work especially in New York. In my work, I take on themes of reality and perceptions and behaviour and communication. I intend to continue on working on the same themes. At the moment, I am interested in scientific knowledge and the interpretation of truth. My goal, in addition to getting to know the active New York art world, is to also familiarise myself with the field of arts in the rest of the US.” A longer period in the US will provide Estarriola with the opportunity to immerse herself deeper into the art world of America. 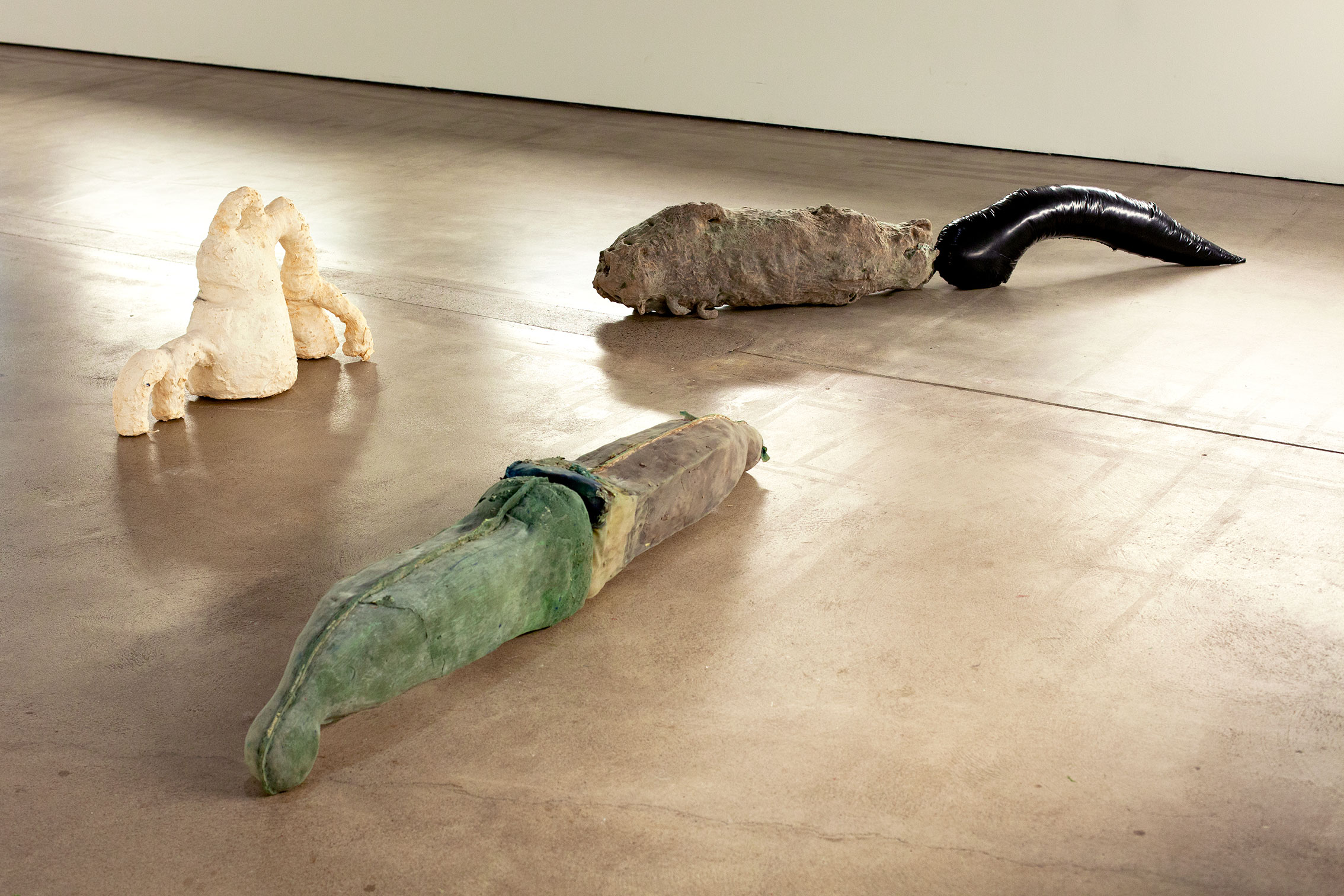 Niina Tervo who works with sculpture and installations was chosen for a residency at the Jan Van Eyck Academie in Maastricht. Tervo works with multiple mediums and in her works, materialism is combined with interdisciplinary and philosophical musings of life and energy. In addition to being a graduate of the Academy of Fine Arts, Tervo also completed her undergraduate (Bsc) in the University of Oulu.During the term of her residency, Tervo intends to study new methods, among other things. Also, the social opportunities of the residency are opportunities to develop her own work.

“I hope to expand my ways of working and find some new speed for my methods. Rhythm has interested me for quite a while. I also study new mediums, such as sound, with which one can include theoretical musings in one’s work. On the other hand, I want to calm down and concentrate on just working and benefit from the opportunities to meet new people offered by the residency. But again, the good train connections do lure one to travel around. A Residency helps an artist expand their experience circle and thinking and enables you to familiarise yourself with other people and cultures. It gives you an excellent opportunity to concentrateon working full-time and it gives you space to observe your work from a different perspective. Also making connections abroad is professionally interesting.” According to Tervo, the significance of a residency to an artist is the time it allows for individual work and the chance to gain new perspectives for your own work.

Experimental film makers to take up residencies in London and Toronto

Minna Långström was chosen for the SPACE residency in London, for next autumn. Långström, who studies science images and worldviews, uses moving imagery, documentation and installation forms in her work. Långström graduated from the Academy of Fine Arts in 2003, after which she has also taught in the academy in the time-space teaching area.

“Film installations, short experimental fictions and documentation are part of my artistic work. Many of my works are the result of extensive background research and they are often connected by the question of what we can find out about the world, and ourselves, through images. In my work Other Side of Mars, I attempt to demonstrate the multi-faceted definition of image. During the film-making process, I was interested in how our relationship with the images of the Mars exploratory expeditions is paradoxical. On the one hand, through imagery, we can observe more than is, at first, apparent. On the other hand, dazzling panoramas of Mars may usher us into the illusion of knowing more about a place than we actually do. At the moment, I am planning a new film, which shares these thoughts. “During the autumn, I intend to work with futuristic film installation, which handles transmitted truths and representation in national tales. In London, I intend to work on the plan and auditions of the work. The current media environment and political discourse in the UK provide a fruitful context for developing the film. In London, I also wish to think about how we relate to the future nowadays.” Considering her residency in London, Långström has clear objectives for the preliminary production of her new film. 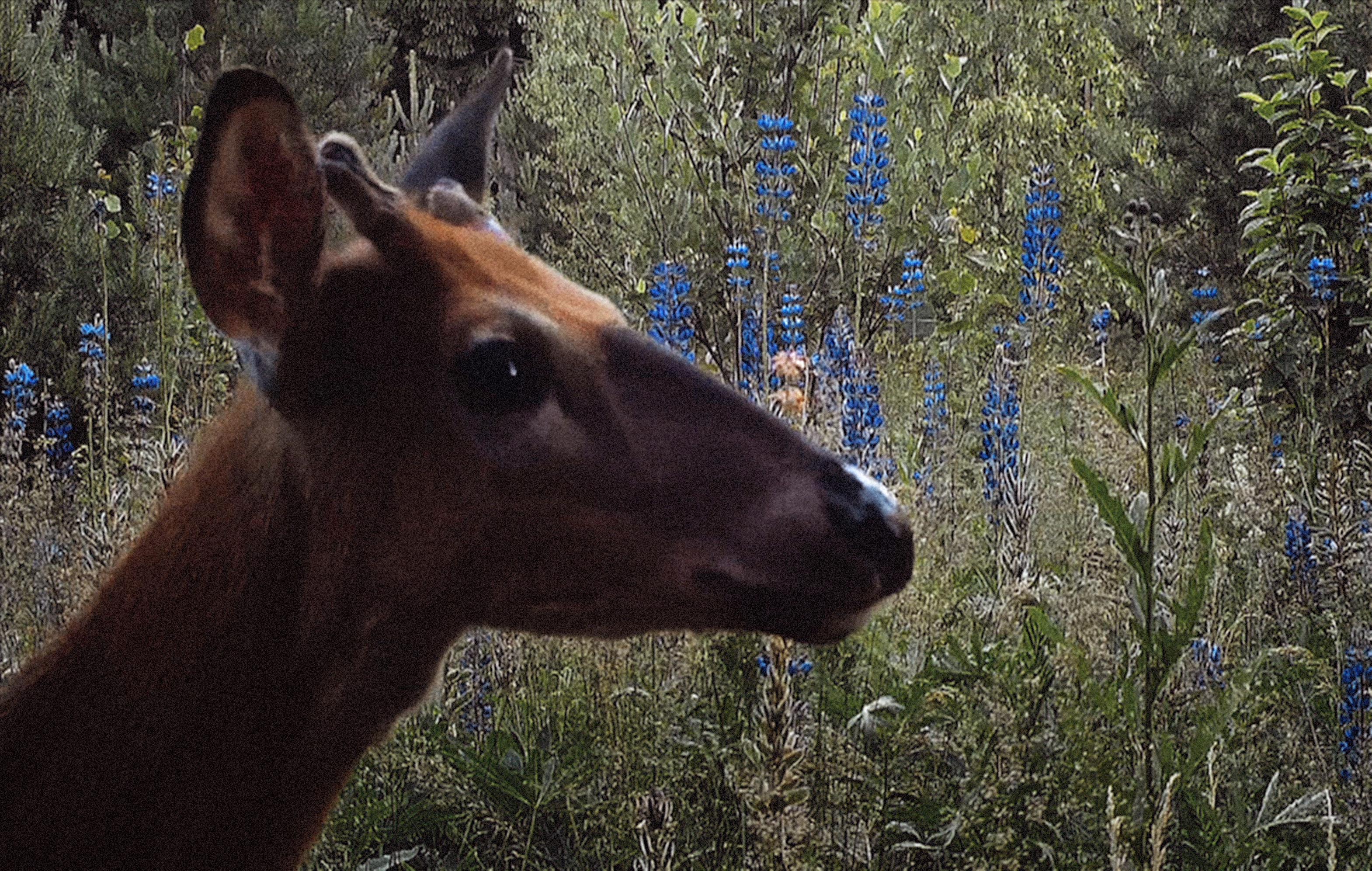 Milja Viita is a visual and media artist who combines experimental and documentary elements in her work. Viita’s works have been exhibited in significant Finnish art museums and galleries, as well as at film festivals and on television. Viita received the Finnish Film Foundation’s Risto Jarva award for her work Eläinsilta U-3033 in early 2019. Viita was chosen for the LIFT residency in Toronto, a residency aimed for artists working with moving image.

“At the moment, I am interested in materialism and the illusion of immaterialism. In a more practical sense, I work with a film installation built for a 35mm film projector. I will be turning my focus to the construction of film, its core. The object of my focus is the Disney classic Bambi. The work will be completed in cooperation with a chemist specialising in DNA research. I intend to work on the aforementioned installation during my residence in Toronto as well. I will utilise the opportunity to transfer the filmed material (on 35mm film) to cinefilm and develop the copy by hand. Traditional film, as an art form, is communal: the director is a part of the production crew, in which every member takes the project forward. This kind of working environment is rare for media artists and many do not even want it. However, sometimes it is nice to feel you belong somewhere. The LIFT residence is a special and valuable opportunity for an artist working with moving imagery to be a part of a community working with the same mediums. I will have the means, the atmosphere and the people who are passionate about their work. In general, during a residency, there is a strong opportunity to discover a new point-of-view or a new world.” According to Viita, the residency provides, especially for a media artist, a communal working environment experience.