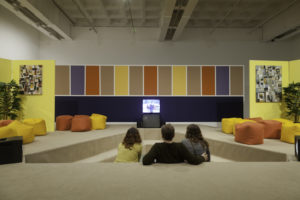 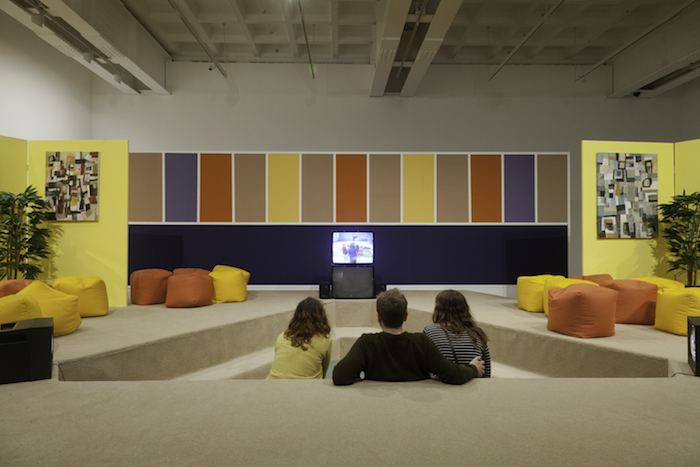 In the lecture Olivia Plender talked about a project titled Rise Early, Be Industrious, which resulted in a touring survey show in 2012 and a book published by Sternberg Press in 2016, in which she looked at opposing ideas about the purpose of education: training for the workplace versus education as an emancipatory practice. The exhibition was a series of complex architectural installations, which functioned like the ‘period rooms’ that are found in museums and were each based on a different educational format, including games, world fairs, television and the Internet. These works question the ideological framework around the narration of history and the ‘voice of authority’ that is traditionally produced by educational institutions, such as the museum. At the beginning of 2013 she lost her voice and was unable to speak above a whisper for a year; an experience which led her to think about the effect of institutions on the body. In the lecture she will also speak about the resulting work, a sound piece titled ‘Learning to Speak Sense’ (2016) in which she worked with a voice coach to explore the gendered nature of authority, as well as her current project dealing with feminist history. Olivia Plender has exhibited internationally in a wide variety of settings ranging from museums and biennials, to print media and more recently public art in schools and community centres. Her research based practice draws on social history, with a particular focus in recent years on exploring different educational models as they have emerged over time – specifically in the industrial and post-industrial eras.