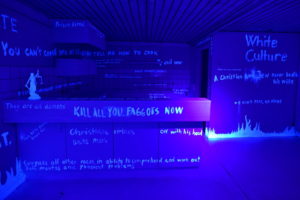 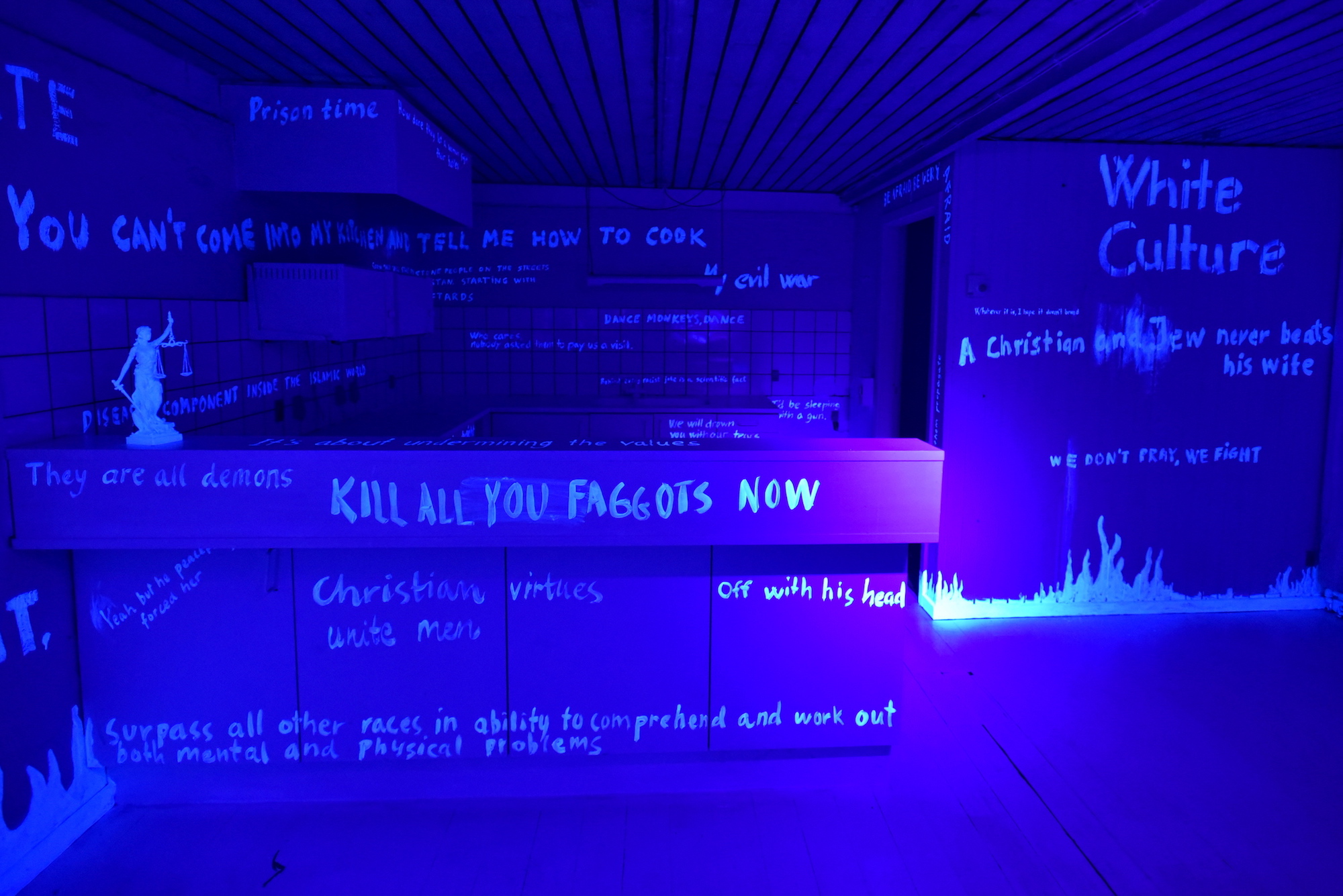 The last Prognostics lecture of the spring season was given by artist duo Hesselholdt & Mejlvang. Their lecture ‘A Discussion between Us and the World – the art practice of Hesselholdt & Mejlvang’ focuses on their interest in social and political structures that are being established and reproduced in society. National identity, Eurocentrism, and the creation of a collective We that exceeds these notions are the focal themes in their art practice. Hesselholdt & Mejlvang are primarily working with site-specific installations and projects in public space. The inherent condition of being two individuals responding to the world is visible in their work, as it is continually preconditioned with a duality, opposing positions or components that give rise to widespread connotations. There is no resulting answer to be found; the art works are carrying on an internal dialogue of their own.