Bioinformatics is part of future healthcare

Bioinformatics is an integral part of modern biomedical research and can be used to develop new treatments for cardiovascular and memory diseases, and cancer. Bioinformatics seeks to improve the quality of human life by studying how genes and lifestyle impact on health. Top-level research helps people of all ages, from premature babies to the elderly. 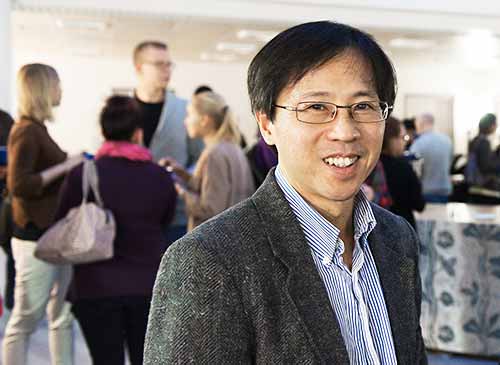 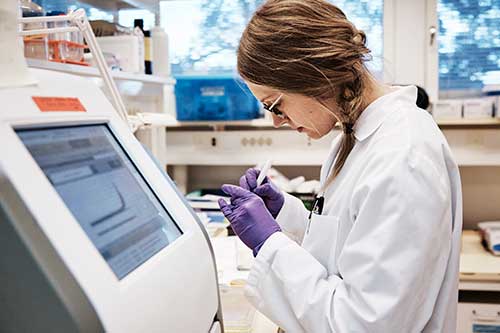 Current medical and bioscientific research processes huge amounts of material which could not be managed and analysed without bioinformatic methods. Besides research, bioinformatics is also increasingly used in healthcare. Bioinformatics methods enable, for example, the selection of safe, effective cancer treatments or the planning of a healthy diet based on a person’s specific genes. With the Foundation’s support, Kuopio was able to invest in this rapidly developing field and to launch the first bioinformatics degree course in Finland, which was a significant step in the development of the field in the country as a whole. In addition, the functional genomics and bioinformatics research team headed by Professor Wong brought bioinformatics services and education within the reach of the university’s research teams. Since then, a Bioinformatics Center has been established with the help of EU funding to further develop bioinformatics expertise, education and infrastructure at the University of Eastern Finland.

A growing need for bioinformatic methods

Grants for the internationalisation of research have contributed significantly to strengthening bioinformatics expertise in Kuopio. With the help of a Saastamoinen Fulbright research grant, university researcher Jussi Paananen, who was a member of Professor Wong’s research team, left for the Broad Institute, Harvard and MIT’s joint research institute in the United States, which is among the best places in the world to research bioinformatics.

Bioinformatics is high on the agenda in the university’s research strategy. This is backed up by top-level neuroscience research and the rise of bioinformatics as an area of research in health science. Earlier efforts are now beginning to bear fruit, for the servers at the Bioinformatics Center currently hold research material compiled by more than 40 research teams which is used by hundreds of researchers and students.

Bioinformatics courses are currently an important aspect of the education of many researchers at the University of Eastern Finland and are a compulsory part of the Programme in Biomedicine. Many research teams engage in international collaboration with other groups, such as a research team headed by a Finn at the Broad Institute. With the help of a Saastamoinen Foundation grant, postdoctoral research into Finnish genetic material is being done at the Broad Institute to develop a computational data integration tool to support individualised treatments.

In addition to the development of bioinformatics, research has also been done in Finland into the changes appearing in genes related to neurodegeneration diseases and disease models of these have been developed from transgenic roundworms. Using C. elegans roundworms, researchers have, for example, established how Parkinson’s disease progresses, in particular at the cellular and molecular level.

Roundworm research has resulted in significant scientific findings and led to several Nobel prizes. The Kuopio campus extended an invitation to Professor Craig Mello, who shared the Nobel Prize in Physiology or Medicine with Professor Andy Fire in 2006, in order to benefit from his expertise. With the help of the lowly roundworm, C. elegans, the dual Nobelists had discovered an important body defence and regulation system, RNA interference. RNA interference turned out to be a useful tool that could be used to silence different genes and examine the impact of a lack of gene products on cell function. RNA interference is also considered to offer new ways of developing treatments for numerous diseases.